How do I multiply Holy Salt?

How do I multiply Holy Wine?

How do I multiply Holy Water?

Watch Sunday sermon videos here on Vimeo, along with many other important videos.

Check Sanctuary Facebook page for posts and announcements, and for the link for live streaming of Sunday Service worship before service begins on Sundays at 11 am, New York time (EDT, GMT-4).

The above website contains Chinese materials such as the Constitution, sermon scripts, Cheon Seong Gyeong, elders' testimonies, summary of the second king sermons and other commentaries by Chinese members. 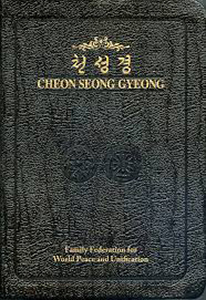 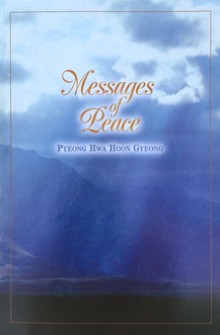 "What are the Pyeong Hwa Hoon Gyeong? The Peace Messages are Rev. Moon’s words. Because these words came from God you have to acknowledge it as God’s Pyeong Hwa Shin Gyeong. It is the absolute Holy Scripture. These are absolute words. And like this we have to substantiate it."
May 15, 2008
The Sermons of the Rev. Sun Myung Moon, Vol. 589 p.222 (Korean).

"Pyeong Hwa Shin Gyeong is a revolutionary declaration in getting to know God and heaven and the providential point of view. It is the scripture of the spiritual world that is the map that can lead all people to everlasting heaven, so we have to read it forever. It is the path to establish our eternal homeland that God governs. If we do not know heaven in the spiritual world, how can we go there? The Report from the Spiritual World has been included in Pyeong Hwa Shin Gyeong in order to leave it as the unchanging fact of today even one thousand years from now."
The Sermons of the Rev. Sun Myung Moon, 2007 Volume (Korean).

"Someone comes to me and says this or that, but this is the Pyeong Hwa Shin Gyeong. What does this represent for Heaven? It is the draft for the constitution."
November 13, 2008
The Sermons of the Rev. Sun Myung Moon, Vol. 602 p.86 (Korean).

Please note that this PDF version currently does not include the "Report from the Spiritual World" chapter.

Exposition of the Divine Principle 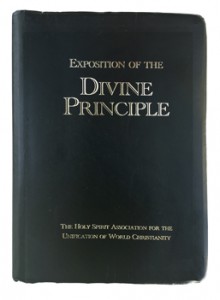 From the Preface to Exposition of the Divine Principle:

Please note that this PDF version does not include footnotes. 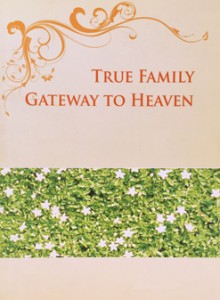 From the Foreword to True Family: Gateway to Heaven:

"Introduced in this book is a part of the historical and providential special messages from Heaven. They are the messages from Heaven that Rev. Moon, who received the calling from Heaven at the early age of 16 and set out on the path of the salvation of humanity, has declared and taught before all humanity in the world in his 90 years of lifetime.

The teachings of Rev. Moon have already been published in more than 1000 speech books. This pamphlet is an excerpt from the Cheon Seong Gyeong, a volume of 16 books comprising 'the holy book for the Kingdom of Heaven,' as it is described by Rev. Moon. This pamphlet’s first chapter is the first section of the first chapter of Book 5, 'Earthly Life and the Spirit World.' This pamphlet’s Chapter 2, 3 and 4 are the third, fourth and fifth chapters of Book 4, 'True Family,' of the Cheon Seong Gyeong.

Out of the many teachings imparted by Rev. Moon in the last few decades, the contents of this pamphlet sums up the love as originally created, that is, the love between a true man and woman centered on true life and so forth. It is a collection of the words given from the 1950s for decades until now, under the same given subject, and so it is somewhat repeated, and the reader may feel that the same words are given again and again."

The Sermons of the Rev. Sun Myung Moon 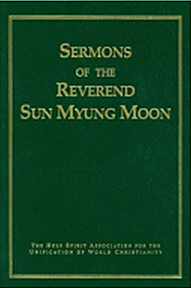 Seven volumes of the circa 600 volumes in Korean consisting over thousand books have been fully translated to English. 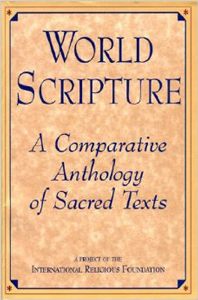 World Scripture: A Comparative Anthology of Sacred Texts (1991) is a journey through the sacred writings of the world's great religions. Organized by subject, the quotations, passages, and excerpts presented here provide readers with easy access to teachings on several hundred subjects, with quotes from different religious traditions. The Rev. Sun Myung Moon commissioned World Scripture.

Owner of Peace and Owner of Lineage

Rev. Sun Myung Moon delivered this content in four hours on July 7, 2009 in East Garden in New York. Later in the year 2009 he stated that this speech constitutes his eighth textbook.

Cosmic Assembly for the Settlement of the True Parents of Heaven, Earth and Humankind and for the Proclamation of the Word by God's Substantial Self

Father instructed all brothers and sisters to read this speech. It one of True Father's last speeches to humanity.
January 8 -- 15, 2012
Public Rallies in Korea 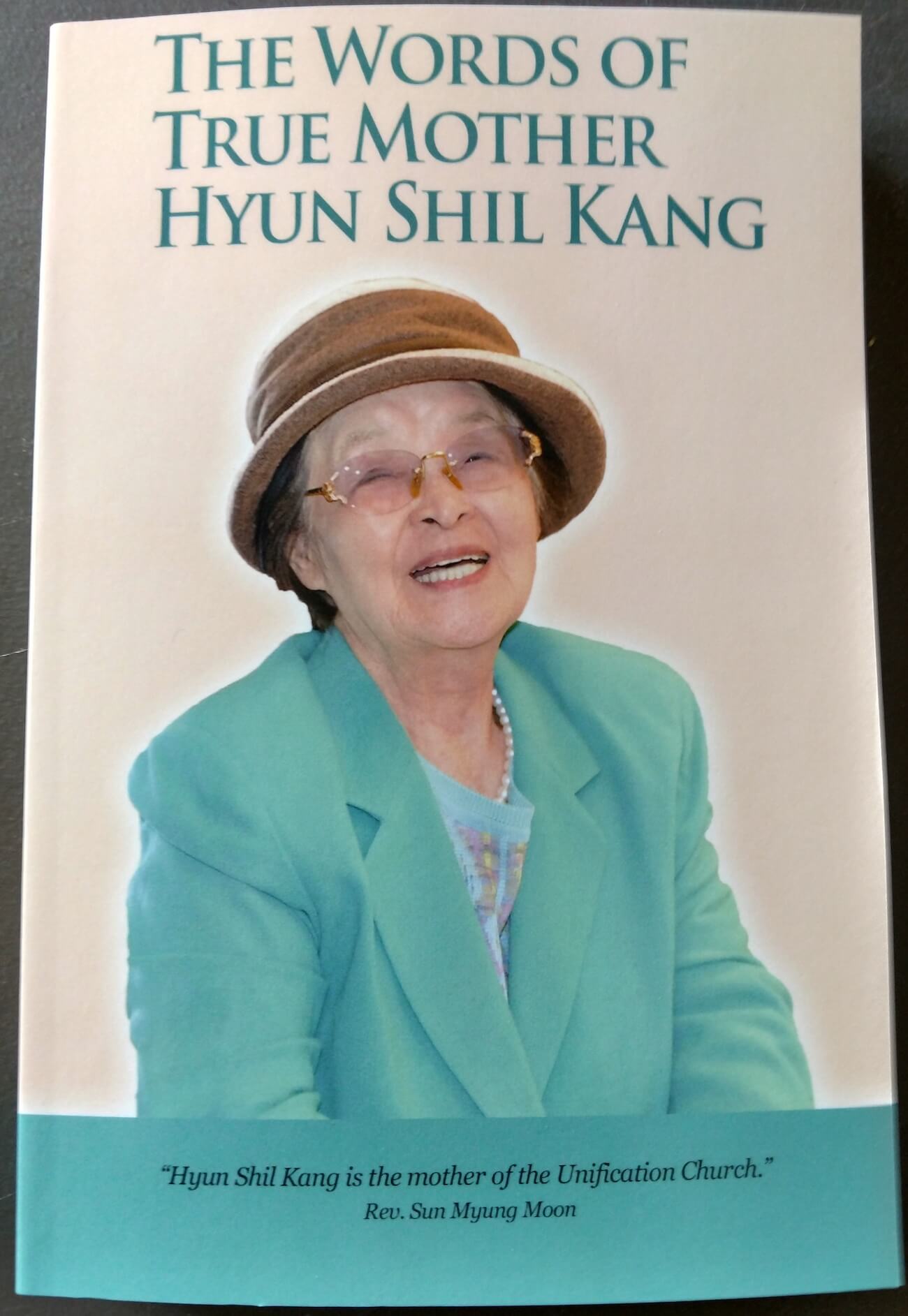 Hyun Shil Kang was True Father’s first disciple in South Korea. As a young Presbyterian evangelist, she visited his mud hut in Pusan in order to witness to him. Instead, she joined True Father in his mission. A faithful disciple of Reverend Moon for 65 years, Hyun Shil Kang became the victorious, eternal True Mother of humankind on September 23, 2017.  On that day, she humbly accepted the calling to become the bride of the King of Kings, True Father Sun Myung Moon.

The messages contained within this book reveal the mind and heart of a devout Christian who dedicated her entire life to loving God and humankind. Her absolute faith in True Father as the returning Lord, and in the Second King as his representative, sets a beautiful example for the world to follow.

13 Slides as a PDF Slide Deck

Full Interviews with Yeonah Nim and video clips of the individual questions and answers on Vimeo.

A lifestyle centered on God’s Kingdom is highlighted on this website through videos, guidance, testimonies and speeches.

See all past newsletters