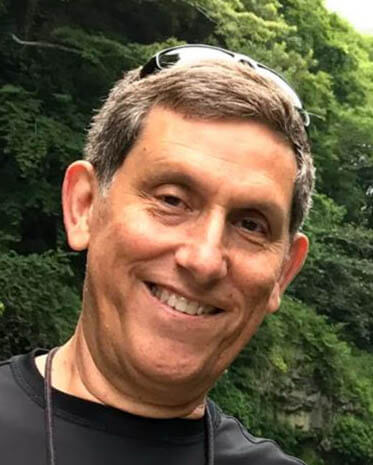 The Divine Principle discusses the birthright in terms of the restorative relationship between Jacob and Esau several times.  But where is the principle of the original concept of birthright in the Principle?  I believe this quote is the only place in the Exposition where it is discussed.

"For his part, Satan had seized control of the creation, which God had created by the Principle, and established an unprincipled world having only the outward form of God’s intended universe. In the original, principled world, God intended to raise up the eldest son and have him inherit the birthright. Therefore, Satan felt a stronger attachment to the elder son than he did to the younger. Since Satan had already claimed the universe, he vied with God for the elder son, Cain, who was more valuable to him. Because Satan had a strong attachment to Cain, God chose to deal with Abel."

Even in the sinless world that God originally planned, there would be one son who would inherit the birthright from the parents.  The one inheriting the birthright is the one who upholds the tradition and culture established by the father, and is the central representative of God in his generation.  Originally, the eldest son should have stood in that position.  During the course of restoration, it was not the eldest son who was in the position to receive the birthright.  In Abraham’s family, Jacob, the younger son, received the birthright.

Then what about the family of the messiah, the True Parent?  Is the True Parent’s family a perfect, sinless family, which stands in the exact position of Adam’s family had they not fallen?  Is the messiah’s family one in which the children have no trace of sin or fallen nature?  And what about the wife of the messiah – a woman selected by the messiah from the fallen world, who comes from a fallen lineage?  Is she already perfected – free from original sin – at the time she gives birth to the children?  What about the environment in which the children grow up?  Can a person born without original sin come to have fallen nature, without that person necessarily committing the original sin?  These are all important questions, although they are not fully or explicitly answered in the Divine Principle.

In 1983, True Father explained that a single representative of True Father would be chosen:

“There will always be a physical representative of the True Father here on earth, from one generation to another; there will be that axis on which the earth will turn. Therefore, all of you here on earth and all the people in the generations to come will be centered upon the same axis.”
- God’s Will and the World

Even in the messiah’s family, the children are not all equal in terms of their level of purity, their life standards, and their relationship with their parents and God.  We have seen this in real life.  Among those children, the messiah must choose the son closest to God who can inherit the birthright.  True Father made his wishes perfectly clear in the years before his passing.

“Today, at this time, there must only be one line of authority. The center, centered on Korea or on the world, over the entire Unification Church will stretch out and become larger. From now, I can leave someone in charge of my work on my behalf. Currently, there is no one among our church members who surpasses Hyung Jin in his standard of faith or in any other way. Do you understand? I am appointing him.”
- April 16, 2008

In the “Inauguration” Ceremony of Hyung Jin Moon on April 18, 2008, Father prayed over Hyung Jin Nim and his wife, Yeon Ah Nim:

“True Parents know that it will not be easy for these two, this son and daughter, to teach the authority that they inherit and hold on behalf of True Parents.”

In the Ceremony for “The Great Coronation of the Authority of Liberation of God, the King of Kings” on

On April 4, 2010, True Father announced his choice when he crowned Hyung Jin Nim his inheritor and successor 3 times on 2 continents. True Father wrote:

“The King of Kings is one being, God, and the True Parent is one person, one parent.  The people of ten thousand generations are likewise the citizens of one lineage, and the children of one Heavenly Kingdom.  The headquarters of cosmic peace is also one absolute and unique headquarters.  Its representative body and heir is Moon Hyung Jin. Any other person is a heretic and destroyer.”

“The command center of cosmic peace and unity is the absolute and unique command center. Its representative and heir is Hyung Jin Moon.   Anybody else [who claims such a position] would be a heretic and one who brings things to destruction.”

It is not up to anyone else to choose or judge who would inherit the birthright.  Father explained:

“No matter how young or youthful the heir is, he is the one who will supervise and control. Likewise, when the inheritance is passed on, it does not matter who is better or worse. When Father hands down this authority in the future, even if that heir is crippled, people must receive the Blessing from that person. That time will come.”
- Blessing and Ideal Family

What is the primary, most important quality that the inheritor should possess?  All fallen human beings are in the position of being indebted to the messiah for their salvation, for reclaiming them from Satan’s ownership.  This includes the bride of Christ, who should live in humble service and absolute gratitude towards the savior.  The messiah, the Christ and Savior is also the True Parent of all mankind – not only of his own physical children.  The inheritor and successor must deeply understand the value and heart of his father, the Christ, and show the example of filial piety towards him.  True Father determined that Hyung Jin Nim best fulfilled that qualification and should be officially given that role.

Hak Ja Han, in the position of True Mother, had the responsibility to uphold True Father as not only “the” messiah, but as “her” messiah.  This is the attitude she should have kept not only while True Father was alive, but especially after he passed.  Had she done so, she could have kept the position of the True Mother while supporting True Father’s selection of Hyung Jin Nim as the successor.  Hyung Jin Nim would have supported his mother, while at the same time fulfilling his church leadership responsibilities as he himself continued to grow.

Hak Ja Han never fully accepted Father’s designation of Hyung Jin Nim as the inheritor.  Even before that anointing, she began to rebel against Father, secretly conspiring against him.  Hyung Jin Nim was aware of her separation from Father and her unprincipled claims about herself.  True Father himself warned about leaders who were following Hak Ja Han instead of himself.  Father also publicly proclaimed that he no longer had a wife.  (The details of Hak Ja Han’s rebellion towards Father are more fully discussed elsewhere.)

In order for Adam or Eve to become fully one with God, they would have had to remain obedient to God’s Word throughout the growing period, until they reached full maturity or perfection.  They would have to reject any temptation that might come their way which would take them off the track that leads to oneness with God.  While True Father successfully overcame all of Satan’s temptations, Hak Ja Han did not.  In the end, she gave in to Satan’s temptation to make herself the center of power, the center of wealth, and the center of (false) love and adoration.  In order to complete that unprincipled process, she had to kick out the rightful inheritor of the birthright, Hyung Jin Nim.  She then began the work of solidifying her central position in the church, denying Father’s messiahship while building statues of herself for followers to worship.

On the other hand, Hyung Jin Nim has been the one who has continued to testify to True Father as the Messiah, upholding Father’s directions regarding the 8 Great Textbooks, holidays and ceremonies, etc.  As Father stated before he passed, no one was more qualified or held a higher standard than Hyung Jin Nim.  While never claiming to be perfect himself, Hyung Jin Nim has continued to live in humility to True Father, always seeking to fulfill Father’s wishes and living in accordance with his birthright to the best of his ability.  As the chosen inheritor of the birthright, he has made God and True Father proud.

The principle of the birthright, or “inheritor and successor”, was not something that came out of nowhere.  It started as part of the Principle of Creation, was applied in the Principle of Restoration, and fulfilled in the Messiah’s family.