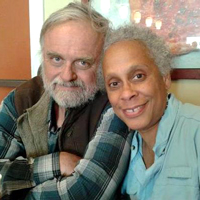 For twenty years, I worked at New Hope Farms which was directly serving Father’s family under the management of Peter Kim. My wife Lesa had been the True Children’s riding instructor and manager of the horse barn at UTS. In 1994 when the construction of New Hope Farms was completed, we were recruited to come there. I worked to manage the property and physical assets, and Lesa was in charge of the barns which included the horse care, instruction, as well as business management and event bookings and business development.

Lesa’s firm belief was that this was her mission in life, and purpose of her life to serve God’s providence through horses. Most central to this was the using of this vocation to teach blessed children to fulfill the three blessings and to meet and live with God through his creation, horses as well as the outdoors activities such as hunting, and fishing. These activities were clearly central to Father’s life experience. I was totally united in this vision as well.

In our twenty years serving there, in addition to the horse business, for over a decade, we held summer riding camps for blessed children. In addition, Lesa pursued her lifelong dream of opening a riding academy. She started the New Hope Equestrian Academy which operated for one year with 6 students. We were also supporting the Treasures of Heaven project which was a program for handicapped blessed children, using the horses for therapy. This ran for nearly a decade as well, It was a wonderful service both for the families in need, as well as for the dozens of second generation who served as helpers and support staff, being pared with a handicapped blessed child as a mentor and friend.

We were doing these things and more in our attendance to God through this venue that Father had created. Father was extremely proud of NHF and loved it. Hyun Jin and Un Jin had ridden on the Korean Olympic team in two Olympics, and brought much great interest and positive support for Father both in Korea and America. NHF was well respected in the Equestrian sports world in America. Many high level sport horse events were held there as a rental facility. It all was for the glory of True Father.

Every time Father and Mother came there, they shared their vision for and support for this project.

On the other hand inconceivably, Peter Kim was totally disunited with Father concerning NHF. From the very start, although Father was investing millions into this great providence, and which was having great success, Peter Kim had only one thing in mind, to sell the farm. This began in the 1990’s at the peak of the real estate bubble. In around 1996 when Un Jin stopped riding there, Peter Kim secretly put the farm on the market. When Father found out about this, he exploded. He was furious, and scolded Peter Kim harshly, and in the strongest terms forbid him to even think of selling the farm.

Peter Kim’s response to us was this. Father is too hot about this right now, we will wait three years and put it on the market again. In the meantime, just mothball the property, Do nothing but cut the grass and wait till we can sell it.

Lesa and I were in total disbelief of this open rebellion. This was a failure of biblical proportion right in front of our eyes and ears.

We vowed that we would not join with Peter Kim in his betrayal of Father nor God’s mission which we both felt that our whole lives had been prepared to serve in.

We informed Mark, our immediate CF that we were going to continue to do our best to attract business. After all, it cost nearly a quarter of a million per year in expenses and taxes to meet the financial expenses.

Over the next several years we brought in many show rentals, and established a horse boarding business. Both efforts were profitable, and helped towards the operating budget.

In addition we initiated the programs that over the years benefited hundreds of second generation kids who participated.

Peter Kim had no concern for these things, and in time put the farm back on the market. There was a spiritual blockage however, and no interested buyers came forth. Peter Kim brought it up to Father who repeatedly rejected the notion of selling. He however was unrelenting in his demands to Father to sell. Finally Father told him if he could sell it for twelve million dollars it could be sold, but not one penny less.

There is a lot more to the story but I will go directly to the point. In the last several years, there was no funding to support any of the horse activities that we were faithfully pursuing. Lesa and I supplemented all the expenses of maintaining a string of horses for the camps, the handicapped program etc. This depleted all of our savings. Now with the sale of the farm right before us, a sense of hopelessness set in to me.

I was 62 and looking unemployment in the face. I had been expecting to retire with enough savings to live on, but that was all gone.

Enter Satan. On numerous sleepless nights Satan would attack with this trend of thought. Your life’s work is meaningless. You are broke, worn out in your sixties and no one cares. You are going to just end up in the gutter and just working endlessly for nothing. Who cares, no one. There is an easy solution, just put a bullet in your head. It’s easy, and your problems will be over.

In the meantime, Kook Jin started looking at NHF as an expansion for his business. With the anti gun laws in New York, he abandoned that idea, and found a property that God had really prepared in PA. He offered me a job there, which I greatly appreciated.

We moved to PA. We also got involved in SC [Unification Sanctuary], and found great inspiration and spiritual life through Hyung Jin Nim’s ministry and in the relationship with Him and his family and of course with Kook Jin and his family as well.

Spiritual blessings and fortune, as well as external financial good fortune came abundantly. However for the sake of this testimony, there is more to the story.

Satan was unrelenting in the invasion to push me into the act of suicide. My new job consists of demanding physical labor. In times of being tired, or overwhelmed by large tasks, that same demon was right there, “you are worn out. You are just laboring for nothing, just take the easy way out. Just kill yourself and you will be free.”

This battle took many forms, with many variations over the months. I always have a pistol on my belt, so Satan tried to exploit that. At all times when the assault would be the worst, I would just cling to Hyung Jin Nim’s words from various sermons, or personal encounters, and just dig in my heals and refuse the impulse to suicide. I found great help and support from lyrics of praise songs and the culture of worship and rhema Hyung Jin Nim was teaching.

Then one Sunday morning during the worship service, Hyung Jin Nim called everyone who felt inspired to join him on stage for praise singing. Then he asked is there anyone who feels heavy burdened. He said anyone with a spiritual burden please come forward. I got up and walked to the stage. He smiled and said Brother Lowell, come with me. He said this morning Father told me that someone needs to lay on the altar today. Come with me and just lay down here on the stage as we do praise and prayer.

There were around twenty people singing and dancing on stage as I lay there prostrate on the altar. The presence of the Holy Spirit was so strong on the stage, with people crying dancing and singing. I could feel the stage bounce slightly with all the motion. Then, as I lay there, the suicide demon was on me again. The voice now sneered to me, this is your chance to show the world how much you are suffering. I could feel the press of my pistol on my hip. Satan said. You have the right to show the world how much sorrow you have, just stand up and step in front of the camera and shoot yourself right now! I just spiritually dug in my heals and tried to focus my mind on Hyung Jin Nim’s voice as he prayed. Several people simultaneously felt moved by the spirit and knelt at my side and placed their hands on my back and I could hear their sobbing prayers for me in this desperate moment. Then Hyung Jin started reading from Isaiah. As I fought off this demonic assault, surrounded by prayer, and Hyung Jin Nim’s voice on the speakers reading scripture, all of a sudden I felt the sensation of this demonic personage start retching and vomiting, and then I saw a dark entity leave from out of my stomach and out my side and just slither away and disappear into the stage and down out of sight.

In a few moments, Hyung Jin Nim finished his reading and prayer, and came over and held out his hand to help me up. I felt light and God’s love just poured over me, and filled every cell of my body as his beaming smile and voice rang out “Praise God.” Of course, at that moment, no one knew what had just taken place.

Then, after the service, Hyung Jin asked if anyone had any experience to share. I went to the stage, took a microphone and shared with everyone the ordeal.

Immediately many people rushed to hug me and more tears, Yeon Ah rushed forth and hugged me and took her tongil mark necklace from her neck and placed it on me. There was an outpouring of love and support like heaven on earth.

The Godly culture that Hyung Jin Nim and Yeon Ah Nim have created here through the presence of Father’s direct influence and constant support to them is real. Father and Jesus are living in and through them, this I know. It was Father after all who told Hyung Jin Nim that morning that I was in desperate need of liberation from the devastation that came onto me in the wake of the satanic invasion through the failure of Peter Kim’s blatant disunity from Father concerning the NHF providence.

God is Good, All The Time. AJU!