How Mother Eliminated God’s Lineage and the Three Generation Kingships 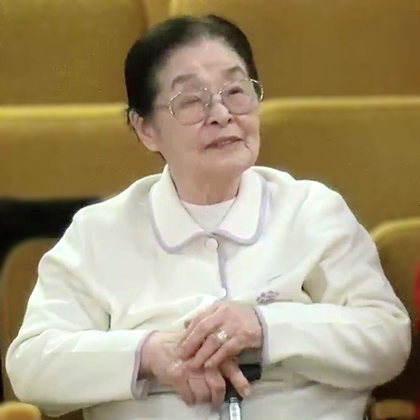 Today, I would like to tell you how Mother eliminated God’s lineage and the three generation Kingships.

What is the core of God’s providence of re-creation? That core is to bring the settlement of God’s lineage on the earth. The most important aspect of the returning Lord coming to the earth, is to bring God’s lineage to the Earth, so that, that lineage can settle on the Earth.

In the Garden of Eden, Eve received the lineage of the archangel. She sullied, she dirtied the pure lineage of God. She gave birth to children as a result of that and has caused all humanity to be in that archangelic dirty lineage.

There are four women that are particularly recognized in this respect: Bathsheba, Rehab, Tamar and Ruth. These four women were at the center of the course to restore God’s lineage. It is on the foundation of the indemnity paid by these four women and others – but especially these four women – that Jesus was able to come to the earth with a blood lineage that was pure.

Jesus gave the bread and the wine to his disciples saying, “This is my flesh and this is my blood.” This was Jesus’ urgent and desperate cry – his desperate desire to have his disciples and others inherit the pure blood lineage of God.

An incredible amount of blood has been shed over the past 2,000 years, so that Jesus would be able to return. It was on the foundation of this indemnity and sacrifice that True Father was able to come. All humanity should have welcomed Father’s coming. If this had happened, then all humanity would have been able to be reborn through him into God’s sons and daughters.

But what happened though was similar to what happened 2,000 years ago. The people who had been prepared by God to receive Father did not receive him – rejected him – and he had to finally go the way of suffering through prison.

Satan knows the Divine Principle better than anyone other than God, and so because he knows that, he was willing to forfeit all of humanity if only he could kill the Messiah. Satan’s ultimate goal was to eliminate God’s lineage from this earth – in order to do that he wanted most of all to kill the Messiah.

Not only that but she is doing everything she can to destroy Father’s legacy and work. She has changed Father’s constitution, saying that it is not necessary for the successor to be in Father’s lineage – that this would be ruled by law rather than ruled by blood lineage. She says that Father’s successor will be chosen by elections. She has now even denied Father’s lineage.

She is saying ridiculous things, such as that Father was born with original sin, and it is only because he was married with Mother who had no original sin, that he was able to begin performing the Blessings. She says that just as God created Adam and also Eve in the Garden of Eden – so also she had to be created as the Only Begotten Daughter – so that sinless children should be born.

The Family Federation is becoming just like that, an organization that will continue on, not by lineage, but by law. They say that there is no need for the Messiah to come and establish God’s lineage on earth – that it is only the law, that will govern.

She is putting forward her daughters who also have no seed, and is pretending to carry on the providence. Unfortunately, ignorant, innocent members are receiving the holy wine which is devoid of any seed, and are fooled into thinking that they have been given rebirth through that “holy” wine. She has turned the members into false faithful who recite the destroyed family pledge. They think they are faithful, but they are not.

The Cheon Jeong Gung Palace, in the absence of the three generation Kingships, is no longer the palace of God. The true palace is the place where the three generations of Kings are present. So where are the three generations of Kings? They are in the Unification Sanctuary, and now they have entered into the Cheon Il Goong Palace. Through the Cheon Il Goong Palace,they have restored the Cheon Jeong Gung Palace. Hyung Jin Nim declared at an early stage that the Unification Sanctuary is where you find God’s seed, God’s lineage, and it is where you find God’s Kingship. This is also the place where you find the restored Cain and Abel. The restored Cain, Kook Jin Nim, bowed down before his brother Hyung Jin Nim as the Abel. This was a wonderful sight to see – this restoration!

So, shouldn’t we also establish the three generation Kingships as the axis in our lives, the center of our lives and also join God in shedding tears of joy and tears of gratitude?

Thank you very much.