Let Us Help Carry the Cross 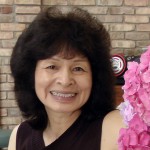 Then the soldiers of the governor took Jesus into the praetorium, and they gathered the whole battalion before him. And they stripped him and put a scarlet robe upon him, and plaiting a crown of thorns they put it on his head, and put a reed in his right hand. And kneeling before him they mocked him, saying, “Hail, King of the Jews!” And they spat upon him, and took the reed and struck him on the head. And when they had mocked him, they stripped him of the robe, and put his own clothes on him, and led him away to crucify him.

As they went out, they came upon a man of Cyrene, Simon by name; this man they compelled to carry his cross. And when they came to a place called Golgotha (which means the place of a skull), they offered him wine to drink, mingled with gall; but when he tasted it, he would not drink it. And when they had crucified him, they divided his garments among them by casting lots; then they sat down and kept watch over him there.  And over his head they put the charge against him, which read, “This is Jesus the King of the Jews.” Then two robbers were crucified with him, one on the right and one on the left. And those who passed by derided him, wagging their heads and saying, “You who would destroy the temple and build it in three days, save yourself! If you are the Son of God, come down from the cross.”  So also the chief priests, with the scribes and elders, mocked him, saying, “He saved others; he cannot save himself. He is the King of Israel; let him come down now from the cross, and we will believe in him. He trusts in God; let God deliver him now, if he desires him; for he said, ‘I am the Son of God.’” And the robbers who were crucified with him also reviled him in the same way.

Last year when Richard and I were having a hard time, Hyung Jin Nim suggested that we take a rhema (reading of God’s word) from the Bible. Through doing that, we could overcome, and since that time, we start every day with a rhema.

I started to write down the rhema’s in my diary so that I could read them later. In our weekly Bible study with Japanese brothers and sisters, the same rhema came up two weeks in a row, Matthew 27:27-44, where Jesus is being mocked by the Roman soldiers and put on the cross.

I asked myself, why did this rhema come up two weeks in a row? I felt the answer was that Hyung Jin Nim is walking the same course as Jesus, and as Father. Whoever disliked Father, whoever dislikes Hyung Jin Nim and Yeonah Nim, are the ones whose sins this precious couple must carry on their shoulders, thinking “Forgive them, they don’t know what they are doing.”

On Hyung Jin Nim’s 30th birthday, Father told him that when he was 33 he would have to go on the cross. Last April, Hyung Jin Nim was in tears as he told his son Shin Joon that in the future, “even if you are put upside down on the cross, your mother will help you. So, never die. Stay alive!” Quite a message to give a boy at the age of 11.

Mother’s own living sons are working hard, but she is not supporting them. Instead she warns members to stay away. That is why Hyung Jin Nim and Yeonah Nim have to carry her cross, too.

Brothers and sisters, Father called us and woke us up so that we can help carry their cross as well. Let us make Father proud by doing our best to support his son.

We don’t need to worry. Father is preparing everything for us. He is with us from morning to night. Every day is a blessed day to make an offering! Aju!